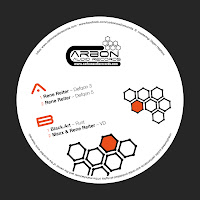 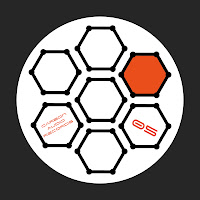 The hard hitting vinyl label from Austria was the brain child of Rene Reiter since 2007. First it was just the name for a truck on the Unite Parade in Salzburg, where Maxx was invited to play in 2008. At the parade that year , after reviewing some unreleased material they both had, Rene and Maxx thought that the time arrived for Carbon Audio to start releasing plastic as well, so they started the label together.
The first Carbon Audio release followed in 2009, entering straight away the “recommended techno chart” from one of the biggest record outlets in the World: Juno Records (that was repeated again with Carbon Audio 2 and 4) The first 4 releases included big names in techno, like Chris Liberator, Sterling Moss, Mark Tyler, 3Phazegenerator, Riino, Ganez the Terrible, Acid Chochi and Pino Lopez.
On the upcoming release Carbon Audio 05, Rene Reiter opens the EP with the deep and hard track Defqon 3, followed by the fast pumping acid track Defqon 5.
The B side presents polish talent Black.Art with a hard old school acid track followed by a banging hard techno tune from Rene Reiter and Maxx, their first collaboration.
Since number 04 Carbon Audio is distributed by Zenith Distribution (www.zenithdistribution.com).